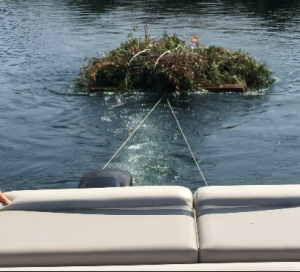 With confirmed funding for 2018 from Fisheries and Oceans Canada Recreational Fisheries Conservation Partnership Program, Watersheds Canada, with support from the Canonto Lake Property Owners Association (CLPOA) and Lanark County Stewardship Council (LCSC), conducted site visits to determine and map out enhancement sites for the in-water brush bundle structures. The goal of this project was to make fish habitat enhancements in Canonto Lake through the deployment of 18 in-water brush bundles structures. 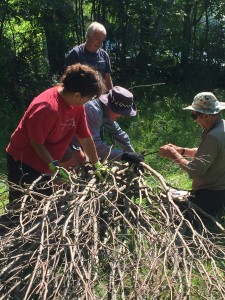 Cottage development along Christie Lake has resulted in the loss of in-water structures due to cottagers removing and “cleaning up” their shoreline properties. This project created brush/tree bundles and sunk them in waters greater than 12 feet deep to provide fish habitat without impeding boat traffic. These in-water structures (often called fishsticks) provide excellent nursery habitat for many species such as walleye, yellow perch, bass, crappie and panfish. 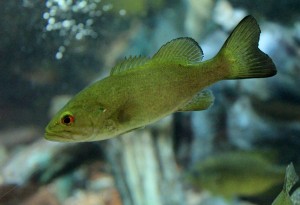 The goal of this project was to make fish habitat improvements in Dalhousie Lake by naturalizing shorelines and providing fish habitat. In fall of 2014, two walleye spawning beds were enhanced, 20 fish habitat structures in the form of tree/brush bundles were placed in the lake, and six shoreline properties were stabilized where runoff, erosion, vegetation removal and nutrient loading have affected fish habitat. 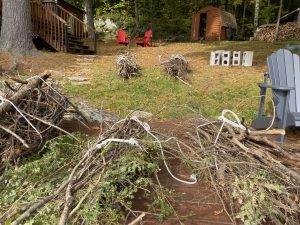 This project was implemented in 2019 by Watersheds Canada and Peter Johnson, the Lake Steward of the Kashwakamak Lake Association, and with generous funding from the LUSH Charity Pot. Locations were chosen where the bundles would both increase wildlife habitat availability while also avoiding human activities such as boating. Reintroducing this woody debris to the lake bottom improved the fish habitat on Kashwakamak Lake. 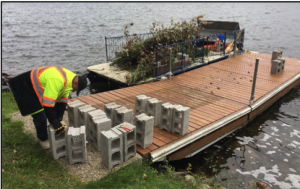 Mazinaw Lake supports a cold-water fishery such as Lake Trout, Walleye, Smallmouth Bass and Burbot. There are over 300 properties along the waterfront of the lake, which include many boat in access only properties. With confirmed funding from Fisheries and Oceans Canada Recreational Fisheries Conservation Partnership Program, Watersheds Canada with support from the Mazinaw Property Owners Association, and Lanark County Stewardship Council, conducted site visits to determine and map out potential enhancement sites for the in-water brush bundle structures. Consideration was also made to avoid the confirmed locations of the lake trout spawning beds. 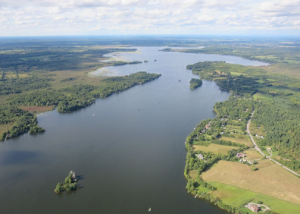 One of the largest inland lakes in South-Eastern Ontario, Mississippi Lake is less than an hour’s drive from our Nation’s Capital. That being said, it has a high level of development pressure.

Mississippi Lake is known for its recreational cool and warm water fishery, particularly: Walleye, Northern Pike, and Smallmouth and Largemouth bass and is a popular destination for year round fishing from over 1,200 permanent and seasonal properties, as well as day users. 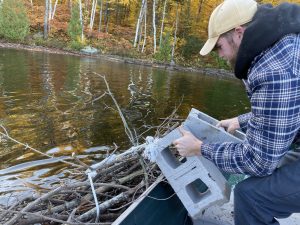 The chosen location for this enhancement project was Pine Lake, about 60 minutes west of Perth in the Township of North Frontenac, Ontario. This lake was previously identified as having been impacted by fish habitat loss. This In-water Fish Habitat Enhancement project would not have been possible without funding from the LUSH Charity Pot, as well as Nathaniel Holloway who was the volunteer who initiated this project. 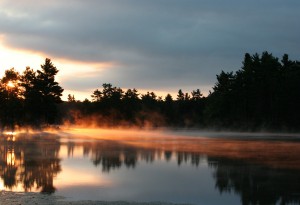